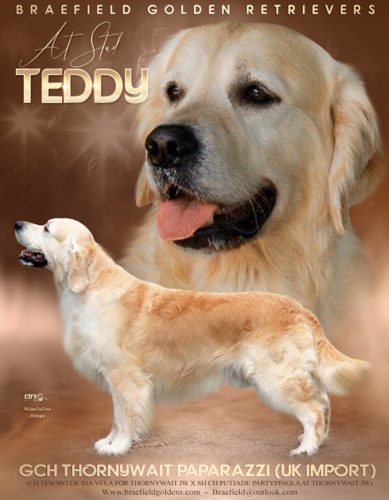 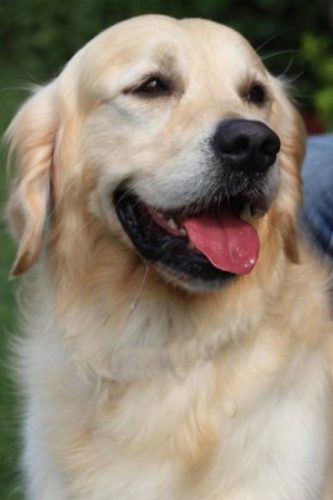 Achievements:
We are proud to introduce our boy Teddy “Thornywait Paparazzi from Thornywait Kennels in England.
Little did we know years ago when we inquired about getting a Pingla daughter, that we would instead one day end up with a lovely boy out of her by Thomas”
Teddy is a handsome young male with good substance, level topline, correct coat, good upper arm and adequate layback and  lovely tight feet. Teddy has a well chisled headpiece with jet black pigment, dark eyes, correct scissors bite and full dentition.
Teddy is a sweet, cuddly boy with a happy, outgoing disposition
We are very grateful to Susanna Zubair of Thornywait Goldens in the UK for entrusting us with the care of Teddy.

We are looking forward to showing Teddy as he matures. 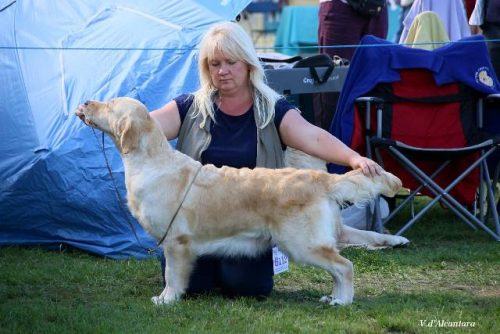 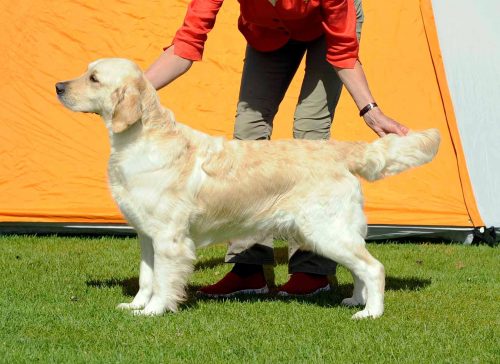 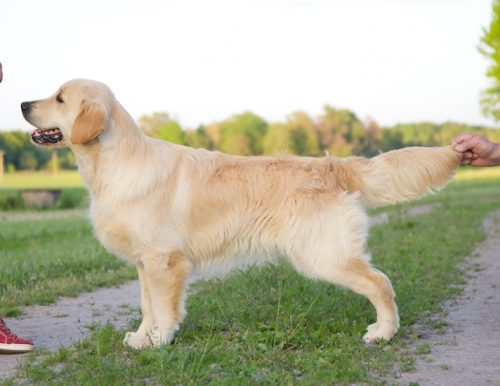 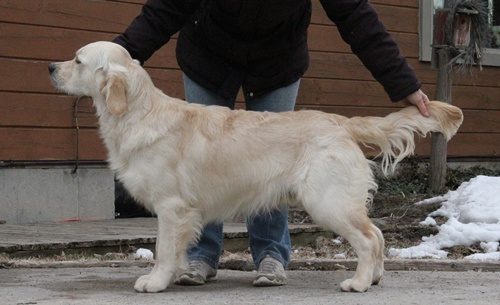 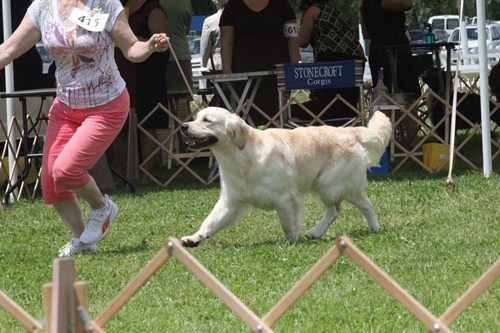 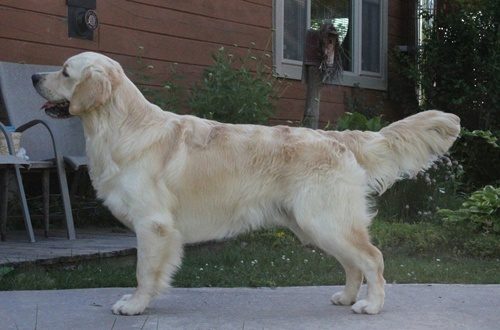 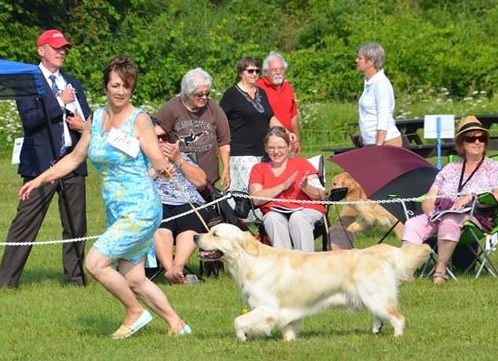 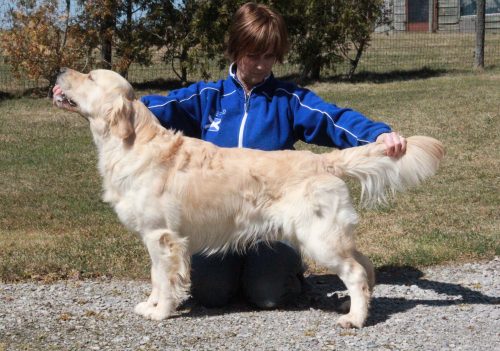 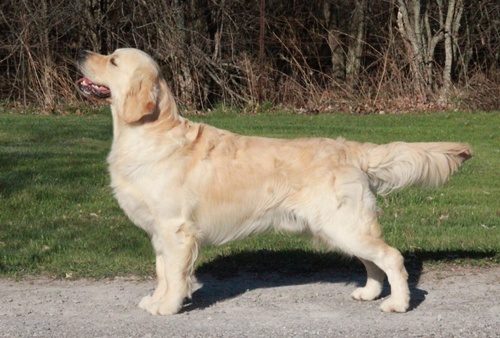 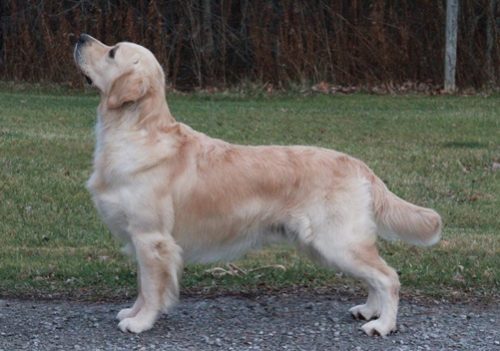 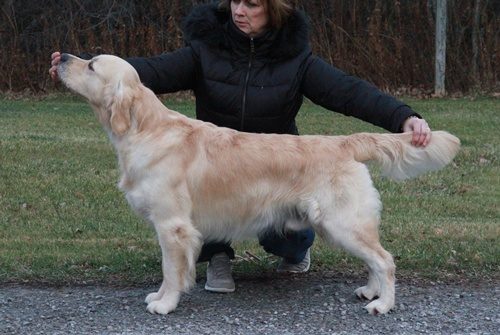 after a year since being shown, Teddy steps into the ring and wins Select Dog. 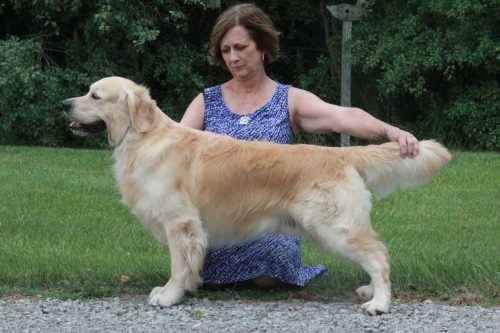 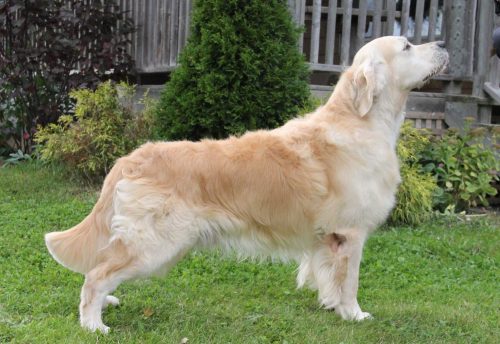 back on your browser to see more of our Dogs.