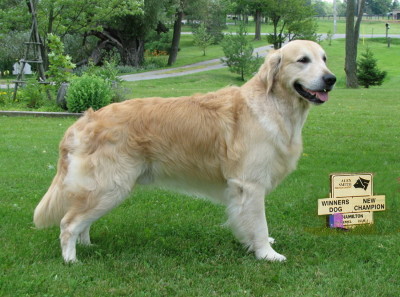 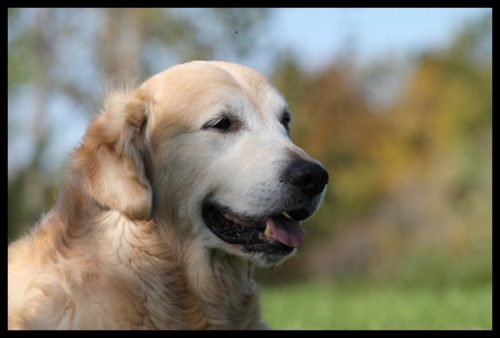 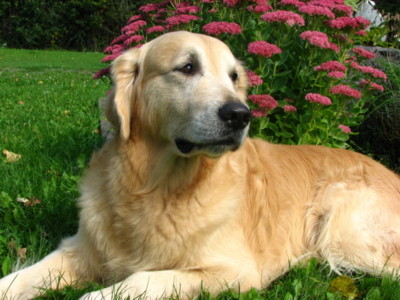 Achievements:
It is with a very heavy heart we said good bye to our dear George. George was Grant’s boy, his constant companion, spending his senior years hanging out with Grant in the garage-) Never would you find a more willing to please and happy boy as our George. Everyone that knew him, loved him, including his vet who would brag about how compliant George was when receiving invasive treatments.

George was a littermate to my Briar Rose, and she was the only one that George played with. He loved his sister very much, and was a bit lost when she passed away.
Two years to the day of losing Briar Rose, George was reunited with her. I like to think of them as being together again…wrestling and just hanging out together. I am sure George is taking good care of his sister and they will both be waiting for us at the bridge.

George is our avid Retriever in the family. A wonderful worker and a happy one. George
stands 23 1/2 inches tall and weighs 82lbs. George has good substance with moderate angulation, he is well balanced with a good topline.
A true Golden Boy with a wonderful temperament George gets along with everyone. Obtaining the 1st leg of his Junior Hunt title October
2003 at 11 months of age, his WC title on the first time out and then completed his JH title the summer of 2004. George has now finished in the breed ring, with limited showing, expertly handled by Emily Burdon. 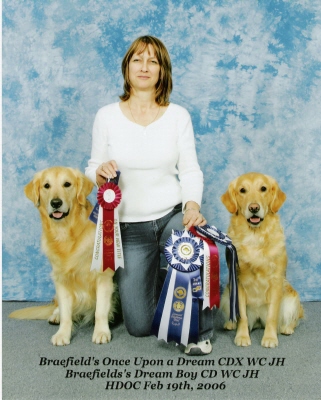 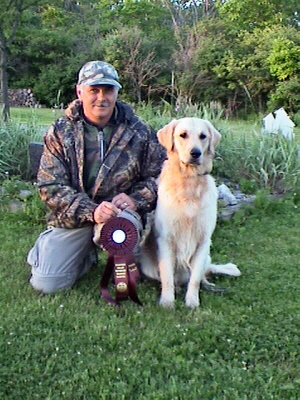 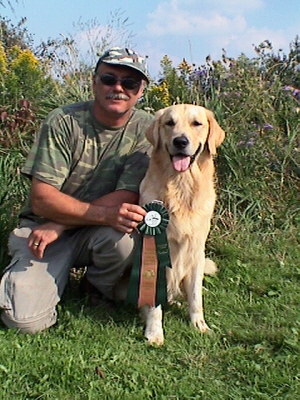 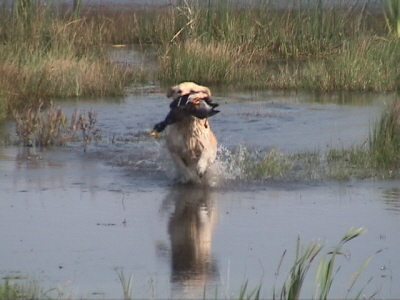 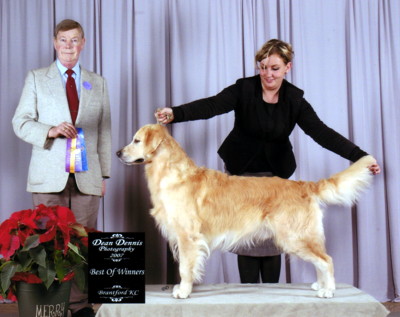 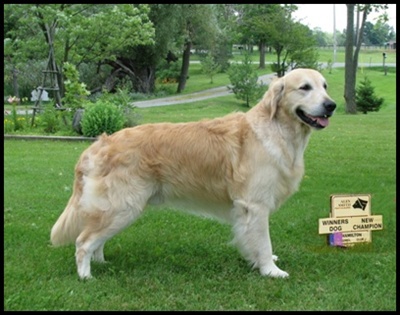 Click back on your browser to see more of our Dogs